What comes up for you when you hear the word judgment? How's judgment different than criticism? As I often do I went to check out both definitions in the dictionary to open up perspective. I found this very interesting. Criticism per se does not need to imply negative connotations; it can simply mean an in depth, well reasoned analysis or assessment of something. Criticism then, can simply be thought of as feedback. Judgment, in a broad sense, is the ability to make considered decisions; it can be thought of as a process of evaluation - the capacity to discern, to evaluate information to come to a sensible conclusion. So far, then, both judgment and criticism seem to be fairly neutral concepts. And yet, both can somehow be emotionally loaded. How so?

Keywords for me so far are 'information' and 'considered'. An assessment of any kind might be more or less adequate - partial or inaccurate information might lead to a less than appropriate evaluation. While it might feel unpleasant, inaccurate criticism can be easily dismissed - if it stings profoundly, good chances are the feedback is accurate in some way (that's a whole other interesting dynamic to reflect on). Now, let us add to that feedback an element of comparison leading to a hierarchy of sorts - better or worse/right or wrong - that's when judgment becomes problematic - it is not the evaluation per se; it is when the evaluation implies or is followed by an assertion of moral superiority.

I think it's fair to say, we all have judged and have been judged at some point or the other in our lives. Sometimes we judge what we simply don't understand. Not knowing is uncomfortable, so in we go, making assumptions and drawing conclusions, forming an idea about the something or someone we don't understand. How accurate is that? Well, what we are basically evaluating are our own assumptions and meaning making - both of which depend on our personal reality; perception is extremely subjective, shaped as it is over time by the experiences we have had, our beliefs, our worldview. This, in other words, comes to mean we are creating an opinion about something we don't know based on partial and biased data of our own - the process is flawed in principle, and truth be told, basing our sense of present and future expectations on what has happened in the past, means denying the possibility of change. What we could do instead of judging when we do not understand, is ASK. Yes, it really is that simple.

An incident I had with someone I know recently made me give all this some thought. A friend saw me react in a given way on a given day, and walked away. When we talked later on, he expressed a negative opinion about my behaviour - fair enough, we are entitled to like or dislike anything. Never mind that it was based on partial information, on assumptions made given an unclear understanding of something 'different'. I was a bit disappointed by the lack of interest in finding out what might have actually been going on, but the real issue for me kicked in when based on that opinion I was being told what I had done was wrong, and it had pushed my friend away. Now, that hurt.

Almost immediately, I found myself rehearsing possible comebacks. 'Ah, I could say this to him. I could remind him of this one thing he does. I could... ' Then I stopped. Luckily enough I didn't act on the spur of the moment, or I would have probably lashed out. Instead I retreated into the quiet safety of my home to lick my wounds, and I started observing my thoughts and feelings. It didn't take long to appreciate that, berated by having felt judged, I was indulging in judgment myself.

When someone judges us, we feel hurt. As human beings, the vulnerability of being in emotional pain can be profoundly distressing, in fact, it can terrify us; often enough then, we end up covering hurt with another more manageable emotion, one that can be directed outwards - anger. By acting out, we project that anger - which really is pain we are disowning - outside of ourselves. So there, we're judged, we feel hurt, we respond to that pain by getting angry, and we direct that anger onto the very person who hurt us. Maybe we snatch; maybe we say something nasty in return; or maybe we simply sit and brew resentment. What might be going on? Might the judgment, much like the anger, be expression of an internal struggle, of a wound of some sort?

We've probably all experienced the unpleasantness of being on the receiving end of judgment, as much as we have felt the bitter aftertaste from judging someone else. So yes, nobody likes it. But think about it for a moment. If someone judges us and we go "hey, you shouldn't judge, judging is bad, you are so (insert judgment here)!" Yup, welcome to the judgment merry-go-round! What was my reason for judging the judge? Where did my judgement come from? It came from pain. How could keeping this in mind the next time someone judges me, or indeed, when I'm the one judging someone else, change the way I experience it?

'Your way is different than mine, and mine is better'. What triggers the need to 'be right', the need to 'be better'? In a forced comparison, coming out on top becomes a way to prove oneself. Fundamentally then, these are needs that stem from insecurity. If we were not insecure about who/what/how we are, we wouldn't feel a need to assert superiority. Judgment becomes a counterintuitive affirmation of our feeling not good enough. It feels easier to compete and win by trumping someone else through critical judgment, than it is to face our own sense of inadequacy by naming, owning and confronting our own shortcomings. Surely, we all have flaws and we all make mistakes. It is how we relate to that fallibility that sets the tone for the way we relate to that of someone else.

I decided to go talk to my friend again and get some clarity on what had happened on his side. After a bit of a chat, some interesting information came up. As it turned out, my friend had seen others display a similar behaviour in the past, and his associations were profoundly negative. The memory of those unsettling experiences was seeping into his assessment of the current situation, and affecting his evaluation. Ok, things started to make some sense. My friend went on to tell me how he had previously found dealing with such behaviour incredibly challenging. Their reaction had been to shut down and retreat. Seeing me behave in a somewhat similar way, past equated present; condemning my behaviour as wrong allowed him to feel it was right to retreat. What need did my friend have to assert his reaction as the right response to a wrong behaviour? Well, as it turned out, my friend was justifying his behaviour to himself. Why? Coz he had felt terrified - not by me or anybody else for that matter - what he was actually afraid of was his perceived incapacity to cope with emotions.

Our encounter had brought him face to face with one of his limitations. There's nothing implicitly scary about that - we are human and we all have flaws. What if someone expects infallibility from themselves though? Good chances are they will employ any strategy to avoid being confronted with their limitations - limitations which they translate in a sense of painful inadequacy. Inadequacy, much like judgment, could be said to stem from comparison - this is how it should be and this is how it is instead - better or worse? It becomes unsurprising then that judgment is one of such defences employed to defuse this sense of inadequacy - we pack and parcel a vulnerability we can't bare to see, disown it by relating it to someone or something external to us, and pacify ourselves by winning the contest, finding flaws in others and asserting we're better - if we are better, we can't be that bad after all. I might not be ok, but you are not ok either.

What if we keep this in mind the next time someone judges us? Might they be judging us to blind themselves from the awareness of their own shortcomings? Or maybe, aware yet so painfully unaccepting of their imperfections, so terrified by their humanity, they can't find compassion for yours, coz they haven't yet found it for themselves? When we think of judgment as externalised pain, when we think of the judge as a wounded human, we also find it easier to forgive. And after all, that judgment might not bother us anymore - coz it really isn't about us.

What about when we are the ones judging? Give some thought to whether that same critical attitude is directed towards yourself; pay attention to your inner dialogue and notice what impact it has on your self-image; how could a judgment passed against someone else might actually reflect a judgement towards some less than perfect part of yourself? Think of your behaviour towards others as a mirror of that to yourself, turning unpleasant experiences into useful learning opportunities.

What would I say now, to my friend, and to myself?

Yes, we have flaws. We are imperfect. We are fallible and we make mistakes.

We do and say things we regret.

We also own responsibility. We make amends. We learn, we grow.

Let us find comfort and communion in our shared vulnerability, that of humankind.

I see your fears, and I see my own; let us thread with gentle care.

On rest, recovery and reflection 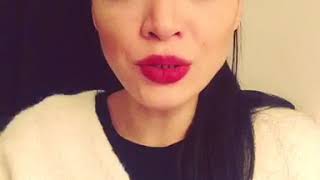 Be kind to yourself! 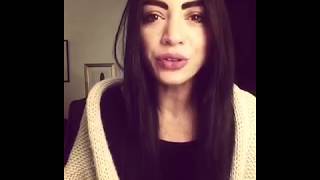 Perspective, aka walking in the famous shoes of someone else